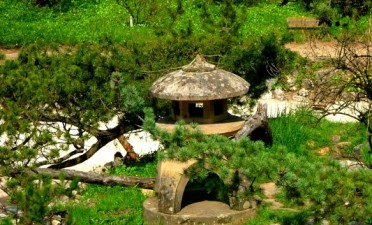 The Botanical Garden of Cluj is where the hustle and bustle of the city remain outside the wall of vegetation. This is the place that every tourist in Cluj-Napoca has to visit, since the Botanical Garden is the favorite hobby place of the inhabitants of the city and the place where they take refuge from the heat wave of the summer. Visitors can enjoy a relaxing walk while admiring plants from around the world.
Apart from its recreational function, the Botanical Garden « Alexandru Borza » is a scientific, educational and educational institution, subordinate to the « Babeş-Bolyai » University and which constitutes a research base for the students of the Faculty of Biology. The Garden houses the Botanical Museum, which includes more than 6,900 plants from around the world and the largest herbarium in the country, having about 650,000 leaves with fragments of preserved plants.
The 14-hectare area, comprising over 10,000 plants worldwide, is divided into several sections: ornamental, phytogeographic, systematic, economic and medicinal.
The ornamental area is the most dynamic and colorful area of ​​the garden, including, depending on the season, purely decorative plants.
In the phytogeographic sector there is a Japanese garden with a stream and a pagoda, arranged so that it makes as faithful as possible the calm and meditative atmosphere specific to the Japanese region, respectively a Roman garden, also known as the Garden of Pliny, dominated by the Roman goddess Ceres, flanked by two coffins discovered in the ancient Roman city, Napoca. Here one can find the plants that grew in Roman towns and villages and even in the gardens of Roman Dacia.
A special attraction is represented by the complex which includes 6 greenhouses, 3 of which are in the vicinity of the Roman garden. In the aquatic greenhouse you can admire the Amazonian Victoria (Victoria Amazonica). This plant occupies a large part of the central basin, populated by different species of fish. Its leaves can reach 1.5 m in diameter, can support the weight of a child, and the flowers that form from spring until autumn, live only 24 hours, changing their color from white to pink.
The greenhouse of Australian and Mediterranean plants includes a collection of species of ficus, Araucaria, Casuarina and Australian tree fern Alsophila Australis. The Palm House is home to more than 80 species of ornamental or industrial palms from regions such as Asia, Australia, Japan and the Canary Islands.
The best time to visit is from spring to summer, when the garden is awash with the color and scent of the flowers located on the driveway and the flowers of the cactus greenhouses. 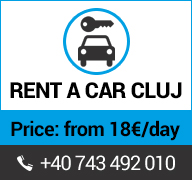